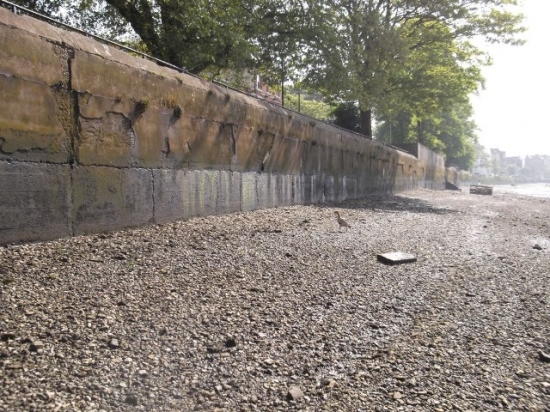 Hounslow Highways has begun repair works to the retaining wall along a stretch of the River Thames at Strand on The Green, Chiswick.

Works being undertaken involve the removal of vegetation from the wall, replacement of brickwork and coping stones as and where necessary, and repairs to the concrete and grout over a stretch of approximately 950 metres eastwards from Kew Bridge.

The retaining wall retains Strand on the Green and the neighbouring landscaped areas above the River Thames.  It is a critical feature of the riverfront from both an aesthetic point of view and an engineering perspective.

Hounslow Highways is carrying out the works to maintain public safety and durability of the wall and is working with the Port of London Authority and the Environment Agency. There will be considerable improvement to the overall structural condition of the wall after the works which will mitigate any risk of failure, as it acts as a main flood defence to Strand on the Green. If the wall were to collapse it would cause major flooding to the roads and nearby properties.

Hounslow Highways Service Director Rob Gillespie said: “The Strand on the Green retaining wall is just one of the many structures in Hounslow we maintain when requested by the authority and these works will ensure the wall remains fit for purpose for many years to come.

“Infrastructure improvement is not only about the roads and footways and how these affect the day-to-day economy of an area. The areas bordering waterways, be they navigable or not, are also important for the economy and for the environment of the borough. At a time when regeneration is particularly important for this borough, this project fits in well with our improvement works across all of Hounslow.”