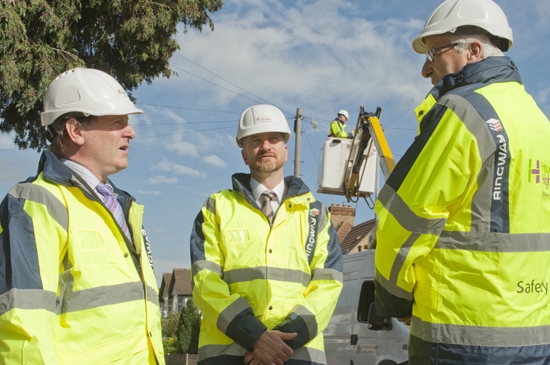 The Hounslow Highways contract was signed on 30 August 2012 and preparations are underway for the start of the contract on 1 January 2013.

Hounslow Highways, a partnership between the council and two major companies: VINCI Concessions and Ringway, was named as the preferred bidder for the London Borough of Hounslow Private Finance Initiative (PFI) earlier this year in March.

The contract will run for 25 years, with the majority of improvements – road and footpath surfacing, street cleaning and new and improved cycle paths to name a few – taking place within the first five years.

Rob Gillespie, Mobilisation Director for Hounslow Highways, said: “We are obviously delighted to have finalised this important contract with the council. We strongly believe that both Hounslow residents and visitors will see real improvements in and around the borough as we deliver a wide-range of services including road and footpath surfacing, “grimebusting” on the streets and new street lighting. We are looking forward to working with the community to enhance the local environment and deliver better streets.”

The first five years of the contract will see improvements to 2,500 stretches of carriageway and 2,200 stretches of footpaths, as well as the installation of 13,000 new lamp posts and the replacement of 16,000 street lights with energy-efficient LED lighting.