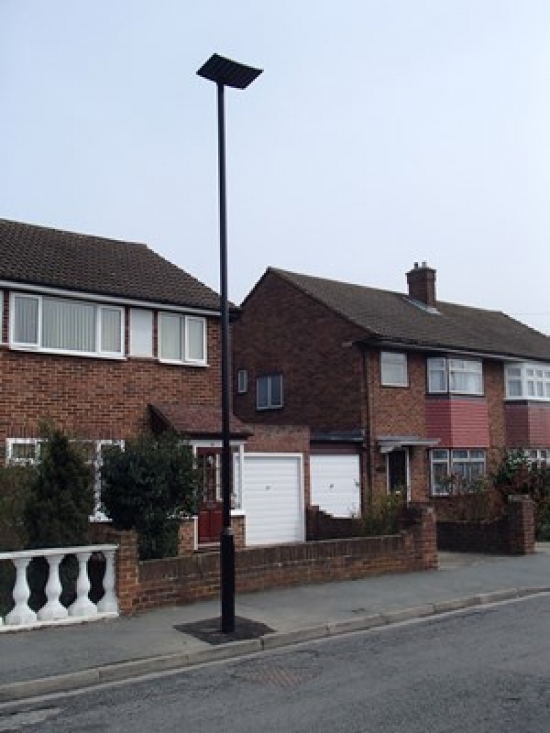 Hounslow Highways is taking part in the borough’s fight against anti-social behaviour and crime by fast tracking the installation of new LED street lights in the top 60 crime hotspots in the borough.

The initiative, in partnership with the local police, has identified 20 locations with the most burglaries in each of the east, central and west areas of Hounslow.

A total of 1,706 lamps make up the 60 locations, 1,060 of which have already been completed. This includes two streets in Chiswick, seven in Feltham and five in Hounslow.

The works fall under the Hounslow Highways Core Investment Period (CIP) which is investing £100 million in the first five years of the new highways service.

Hounslow Highways Service Director Rob Gillespie said: “The new LED street lights provide a clearer more even light and have been proven in UK studies to improve crime detection through better facial recognition and improved visual clarity of colours. They also contribute to an important reduction in the fear of crime. We are very pleased to be working with the local police to crack down on crime and make Hounslow a safer borough.”

Hounslow Police Chief Inspector Rob Weir said: “Hounslow Police are stepping up burglary patrols as there is a seasonal increase in burglaries at this time of the year closely linked to the darker nights. Improved lighting is a deterrent to burglars, improves the quality of CCTV footage police can obtain to arrest burglars and will hopefully make residents feel safe and secure in their homes.”

Chief Inspector Weir said there had been a 9% reduction (134 fewer victims) in residential burglary so far in Hounslow this year compared to last year.

“Partnership working with Hounslow Highways and other partners will help police to drive down burglary levels even further,” he said.

Councillor Ed Mayne, cabinet member for community safety and regulator services, said: “This is great news and excellent timing. With the dark nights about to descend upon us, good street lighting is a crucial part of our fight to beat burglars in Hounslow.”

Councillor Colin Ellar, deputy leader and cabinet member for environment, said: “I am glad to see Hounslow Highways is stepping up to the plate to safeguard our security.  These new lights not only save energy they can save residents from the becoming a victim of crime.”