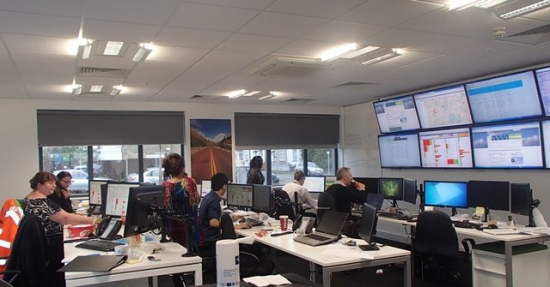 UPDATE: 1:30pm: The fallen trees count has increased to 101 across the borough.

Hounslow Highways inspectors and community environment officers are assessing each fallen tree to make areas safe and prioritise tree removal. An extra chainsaw crew has also been brought in as many of the fallen trees are too big to remove as they are.

Resources and traffic management barriers for the Core Investment Period are being shared and prioritised across the network to respond to the high number of tree cases and barrier them off.

All five trees that had fallen on the Strategic Route Network (main roads) have been cleared as a priority. Hounslow Highways crews are diligantly working to remove another 100 trees.

Hounslow Highways has been working in conjunction with the police and the London Borough of Hounslow to assist with the clearance of a tree following an incident on Bath Road.

It is expected that crews will complete the clean-up operation by the end of the week.

UPDATE: 11:00am: Seventy-two fallen trees have been reported with approximately 10 made safe and cleared from the network. Crews continue to work their way around the borough to clear the remaining trees.

Of the five trees that fell on the Strategic Route Network (main roads), four have been cleared.

Three of four lamp columns that came down as a result of falling trees hitting them have been made safe and one of two fallen walls has been cleared up.

Some suspended works have re-started, with footway and street lighting crews carrying out planned works as part of the Core Investment Period.

9:50am: Hounslow Highways crews have been working from early this morning to tend to fallen trees, traffic barriers that had blown over and other highways issues following the high speed winds experienced across the south of the country.

Two tree clearance crews have been directed to attend five trees that have fallen on main roads. These locations include: London Road, Brentford near Brent Lea, Feltham High Street, Kew Bridge Road near the steam museum and Staines Road near Martindale Road.

About 180 operatives are on the network which is now clear as winds drop to 50mph. Crews will be dedicated to clean-up activities across the borough once high priority cases are managed.

Hounslow Highways service director Rob Gillespie said: “All of the planning that we have been doing since the first warnings of severe weather came through on Thursday evening has meant we have been able to direct over 35 crews on to the network within 15 minutes of the high winds subsiding.

“Our main concern is the health and safety of the public and our staff and we are prioritising incidents to reflect this and keep main thoroughfares clear for emergency services if needed.

“We would encourage the public to report any incidents or fallen trees to us via our website: www.hounslowhighways.org or by calling 0208 583 2000.”