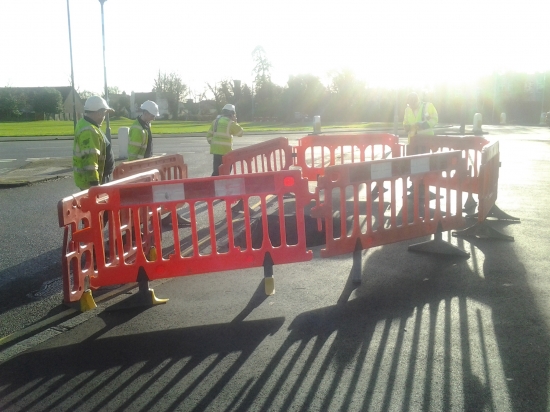 Hounslow Highways has established an emergency closure of the southern entrance/exit to Hatton Road following the collapse of a foul sewer last Thursday afternoon.

Hounslow Highways crews attended the site upon receiving a report of a hole appearing in the carriageway at midday on Thursday. Hounslow Highways staff members were on site within 30 minutes and found a hole the size of two square metres in the footway which extended to a depth of approximately six metres. The site has been made safe for the public and cordoned off.

Thames Water has now taken over the site and is currently investigating the cause of the incident and the full extent of the damage. As a precaution, the carriageway and footway have been closed to aid access and to minimise any risk to road users.

It is expected that repairs will be completed by the end of January 2014.