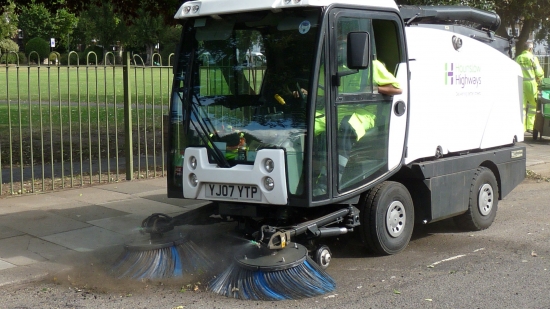 Hounslow on the up in Keep Britain Tidy Survey

Following the council’s recent £300,000 extra investment in street cleansing, the most recent survey from Keep Britain Tidy shows considerable improvements in the amount of grime and litter across the borough.

Hounslow Highways, who will run the new highways service in the borough from January next year, assisted the council in changing its approach to street cleansing and implementing a number of new measures to improve the service.

To help clean up the streets, since the end of August, the borough has been divided into three areas, each with a dedicated supervisor, mechanical sweepers (six contributed by Hounslow Highways) and team of cleaners to ensure resources are deployed more effectively. Performance is monitored closely to ensure improvement targets are met.

Cllr Colin Ellar, deputy leader of the council and cabinet member for environment, said: “We’re investing more in the service, and it’s good to see we’re seeing some good results already. We know we still have some way to go, but this is a promising start that I hope we can build on.”

Greg Carstensen, Hounslow Highways Service Director, added: “Cleaning up the streets of Hounslow and ensuring they remain that way is going to be an integral part of our new highways service. I am happy that we’ve already been able to contribute in some small way to improving street cleansing ahead of our contract starting in January. The changes we’ve proposed are in line with our own working practices which should ensure the transition for street cleansing next year goes smoothly.”