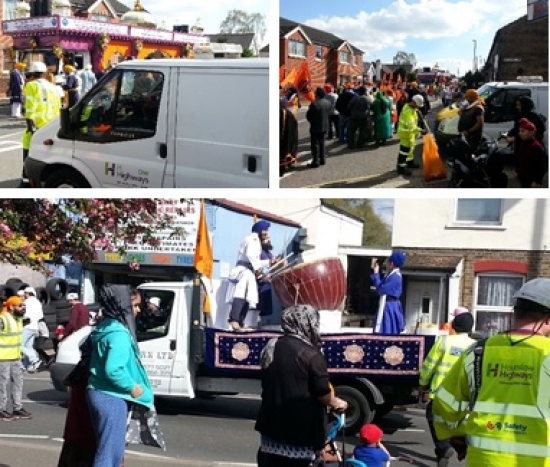 Hounslow Highways operatives were on hand to help during the 2017 Vaisakhi Procession.

Ahead of the event, Hounslow Highways operatives helped to put up special event signs, put in place traffic control procedures for road closures and install extra litter bins. They were also on standby during the event to deal with issues that arose such as moving street signs and clearing up litter, as well as cleansing the route and removing the signs afterwards.

Hounslow Highways Operations Manager Ian Lennock said, “The positive reaction that our operatives have had from the organisers who put together this successful event has been great. Hounslow Highways is delighted to have contributed to this special event in the cultural life of the borough.”