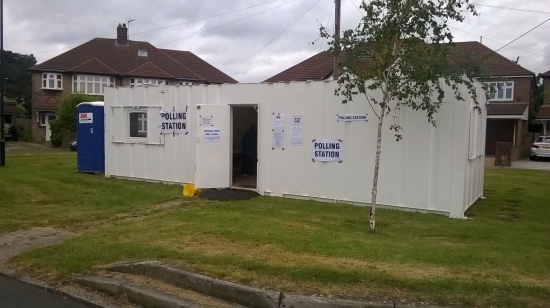 Hounslow Highways once again teamed up with the London Borough of Hounslow to successfully deliver general election support on 8th June 2017.

Following the Prime Minister’s announcement on 18th April 2017 that a General Election would be held, the Electoral Services team at Hounslow Council brought on board Hounslow Highways’ Operations team to help plan Election Day across the borough in a period of just 7 weeks!

This marks the fifth election event that Hounslow Highways has worked in partnership with the London Borough of Hounslow, having also supported previous elections including the European Referendum, the Greater London Authority election, the London Mayoral election and a local Council election.

“Hounslow Highways is mainly associated with cleansing, environment, road and pavement services, but we also support a wide range of events within Hounslow such as the Sikh festival Vaisakhi Procession, Remembrance Day parade, Armed Forces Day, Rugby World Cup 2015, as well as election events; and are keen to continue to support important events such as these within the borough.”

“Organising an election last minute requires a huge team effort. The partnership and effort put in by both the Electoral Services team and Hounslow Highways’ Operational team helped to ensure that the General Election day ran smoothly and successfully throughout the borough.”