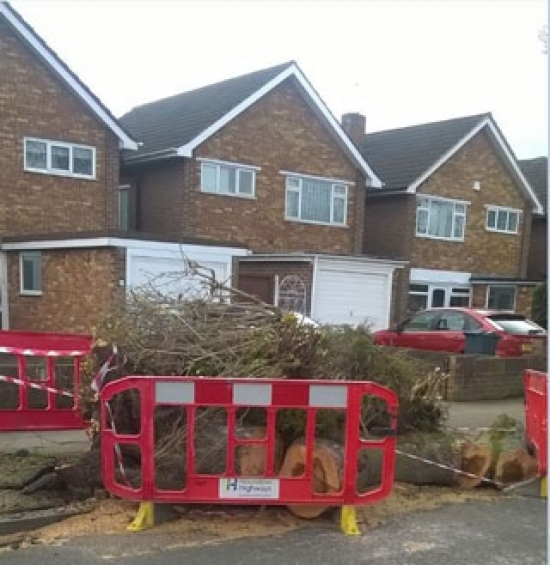 Storm Katie nipped in the bud

Planning ahead and work brought forward has meant that Hounslow residents were kept safe during Storm Katie.

It also meant the borough was less affected in the aftermath of the storm and situations such as falling trees were quickly dealt with to prevent any further danger.

Working alongside the emergency services, we attended 33 emergency callouts following the storm over the Easter Bank Holiday weekend, which tore through much of London and southern England as well as other parts of the country.

Hounslow Highways cleared 20 trees which had fallen on or near public roads over the last few days, half of which were from private properties adjoining the roads.

All situations were made safe and all roads that were temporarily closed were opened for use by midday on Monday.

Hounslow Highways also attended 13 other incidents relating to private walls, tiles, and hanging branches, again of which have been made safe for further inspection and works.

Detailed inspections and pruning programmes which had been brought forward ensured there was a safe and effective tree stock that could largely withstand adverse weather like the recent storm.

Hounslow Highways will continue to proactively prune and/or fell trees where required through planned inspections to remove any risk to residents.

Anyone who has concerns in regards to trees that may pose a risk to safety can report it here.