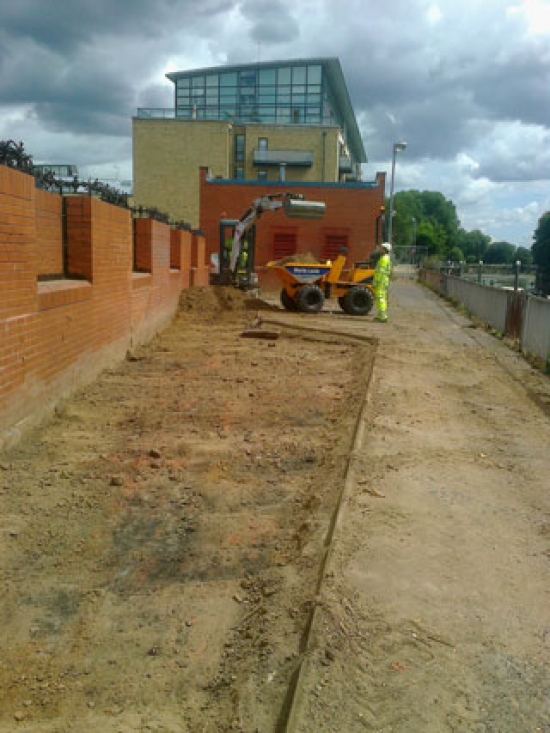 Hounslow Highways is carrying out works to restore the footpath on the borough’s 230 metre stretch of the Thames Path which runs between Brentford High Street and Point Wharf.

The Thames Path is unique and is the only long distance path to follow a river for most of its length.

The path’s old surface is being excavated and replaced with new Tegula block paving which is not only designed to give a traditional  appearance, but also accommodate pedestrians.

Works began on the 20 July and are expected to be completed by the end of September. During this time the footpath will remain closed to pedestrians with a diversion route in place.

To improve the aesthetics of the area, Hounslow Highways will also prune and trim vegetation and shrubbery.

Hounslow Highways Service Director, Rob Gillespie, said: “Preserving Hounslow’s heritage and character is an important facet of the work we undertake across the borough. One of 15 national trails spanning a total of 294 kilometres, the Thames Path runs from the Cotswolds to London. We are very pleased to be restoring a part of one of these important national trails in England and Wales.”