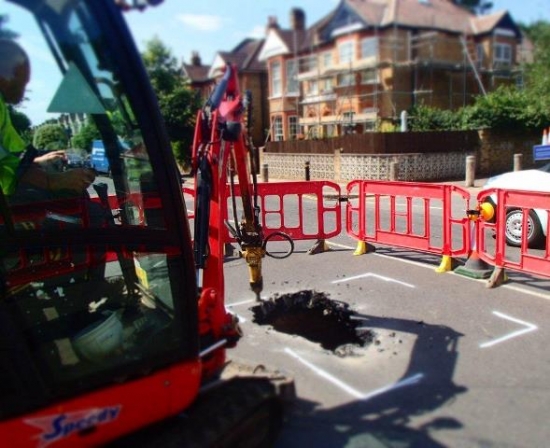 Thornbury Road hole to be repaired within two weeks

The hole in Thornbury Road, caused by a collapsed sewer, is expected to be fixed within two weeks.

Thames Water’s contractor, Cappagh, have taken over the Thornbury Road site where a hole appeared in the carriageway at the junction with Eversley Crescent last week.

Thames Water confirmed the hole was caused by a collapsed sewer, more than five metres below the road surface.

The rectification works are expected to take two weeks, with works being completed by Monday 18 August 2014.

Part of the southbound lane is closed, with traffic control by ‘give and take’ system with priority given to northbound traffic.

Hounslow Highways will continue to monitor the site to ensure the works are completed as soon as possible.