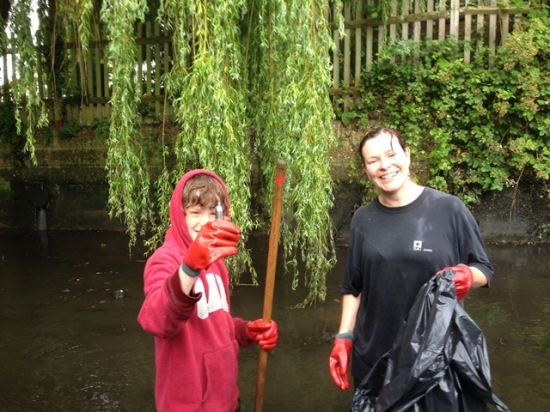 Helpers found all sorts of rubbish, including bottles and bicycle parts.

Hounslow Highways recently assisted the Tidal Crane Association with their annual River Clearing Day by collecting rubbish that had been cleared from the river.

It was the 37th annual River Clearing Day that the association has held and more than 35 people turned out to help on the day, including at least 10 children.

The rain didn’t stop the group, who ‘fished’ for rubbish, including old bicycle parts, bottles, pieces of metal, pots and plates.

Hounslow Highways collected and disposed of the rubbish on behalf of the group.

This year was particularly special for the association, as they were being assessed by Thames 21, one of the country’s leading waterway charities. Following the clean-up the Tidal Crane Association has now become a ‘badged’ group, which means they are able to access Thames 21’s insurance and equipment.