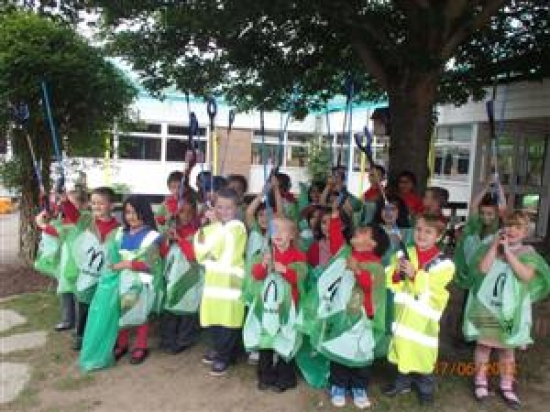 Hounslow Highways picks its way to a cleaner borough

Hounslow Highways recently presented to the Forge Lane Primary School, Hanworth on the importance of disposing litter correctly and the effect it has on animals and the environment.

Hounslow Highways delivered the presentation on Monday 17 June to a full school assembly, in partnership with Hanworth and Feltham McDonald’s.

The children were told about the different cleansing activities which Hounslow Highways operatives carry out in the borough and the importance of recycling, not only at school but also at home.

The session included interactive elements which involved children having to answer questions and was followed by the reception class (four to five years) taking part in a litter picking exercise around the school.

This activity forms part of Hounslow Highway’s commitment to community initiatives by including residents and local schools in the fight to clean-up the borough.

Additionally, Hounslow Highways has provided additional litter pickers to the school to support the initiative.

Stephen Bax, Deputy Head Teacher at Forge Lane Primary School, said: “It was great to heighten the awareness of the children and support their understanding of how littering has a negative effect on the environment, and in particular animals. Reception really enjoyed the experience of litter picking and we are now inundated with requests to litter pick every lunchtime.”